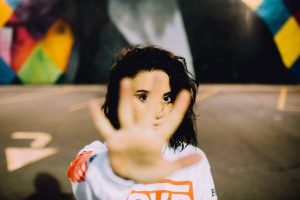 If you read my newsletters [Subscribe], you may recall in a recent letter that I shared my biggest life lessons from each decade.

Read My Biggest Life Lessons From Each Decade blog post.

Each decade had its unique standout theme but the one decade that stuck with me after I wrote the article was my 40’s. In my 40’s, I spent much of the decade doing what was expected of me without ever stopping to consider what I really wanted in life. Seriously.

The runaway train I was on was so imbedded in its tracks that I didn’t even know what possibilities existed. If only I could have, would have, put the brakes on and slowed down long enough to find out. 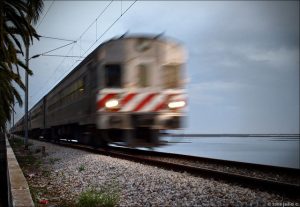 Instead, the train just kept going. full speed ahead. The more ground it covered, the more unhappy I became.

Then it finally hit me, blow the whole thing up and start over. A little dramatic I know but they were desperate times. I was so tired and afraid of nothing ever changing that it was the only thing I could think of to do. I finally said “no” to a life that simply wasn’t working for me and hadn’t worked for a long time.

Don’t waste time. Say “no” as quickly as you can.

Today, I’m all about saying “no” faster. At least I’m trying. Here’s a recent example of how saying “no”  to something relatively small had a big positive impact on my life.

Saying “no” is an act of self-care.

Up until recently, I was part of a business mastermind group that met on a weekly basis. I had been participating for well over a year but in the last several months I came to realize that this group call was not working for me any longer. I wasn’t getting much out of it and I didn’t feel like I was contributing much either, which was very frustrating. It was time to go, but I stayed. Ugh!

Notice your feelings and body sensations, they have the answer.

Several days ahead of our next meeting, the dread started to build even more than normal. My body felt heavy and my mind felt tired. I couldn’t help but notice how pronounced these sensations were.

This led me to finally make the decision to resign from the group. I immediately got out pen and paper and wrote my resignation letter. When I sent the message the next day, I was elated. No more weekly meetings that left me feeling drained and defeated.

Note that I waited until I couldn’t take it anymore. A less dramatic example than what took place in my 40’s but still, I let the situation drag on when I should have bowed out months previously. I mean really, I knew my fellow masterminds would understand. And they did!

My resignation meant that they could fill my spot with someone that contributed to the group in new ways that I couldn’t. Not only was this change good for me, but it was good for the group as a whole as well.

The first step in transformation is awareness.

Writing my last newsletter combined with the resignation of the business mastermind group (which happened at the same time) made me ultra-aware of my habit of letting things that don’t serve me drag on.

I have officially dedicated myself to saying “No” to projects, groups, people, events, etc. that don’t work for me earlier rather than later. And, remembering to check in with my body sensations to help guide me to the best decision for me.

The practice of saying “no” opens up more time and opportunity for me to spend on doing things that really matter to me.

Is there anything or anyone you’re tolerating right now that you’d love to let go of?  What can you say “no” to today that will make your life better now?

Contact me directly HERE and let me know. I would love to hear from you! 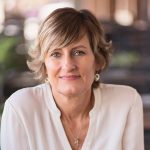 Sandra is a business and life coach who specializes in helping clients who are craving a change but feel stuck where they are. Sandra helps them discover a new vision of the future and follow through on their ideas with enthusiasm and confidence. With a diverse background that spans more than three decades, Sandra combines her educator’s perspective, business acumen, life coaching skills, and everything she’s learned along the way to help her clients make bold moves that advance them forward in their careers and in their lives. When she’s not working, Sandra loves practicing yoga, traveling, cultural experiences, and enjoying the desert southwest.

Sign up to get my free newsletter. It includes the best articles from my blog, special offers, education, and unique inspiration.

LISTEN TO MY STORY 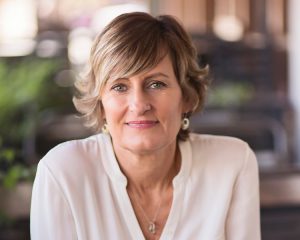 You’re desperate for a change. You feel stuck and have no idea what to change or where to start.

I know the feeling. I’ve been there too, and have come out the other side.

Listen To My Story

“It’s not who you are that holds you back, it’s who you think you’re not.”